​2020 Season Shows:
From Screen to Stage 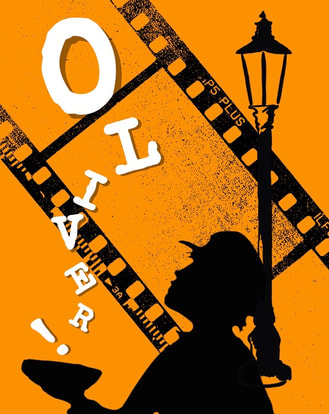 Oliver!
​Main Stage | February 21st  - March 14th
​
The streets of Victorian England comes to life as Oliver, a malnourished orphan in a workhouse, becomes the neglected apprentice of an undertaker.  Oliver escapes to London and finds acceptance amongst a group of petty thieves and pickpockets led by the elderly Fagin.  When Oliver is captured for a theft that he did not commit, the benevolent victim, Mr. Brownlow takes him in.  Fearing the safety of his hideout, Fagin employs the sinister Bill Sikes and the sympathetic Nancy to kidnap him back, threatening Oliver’s chances of discovering the true love of a family. 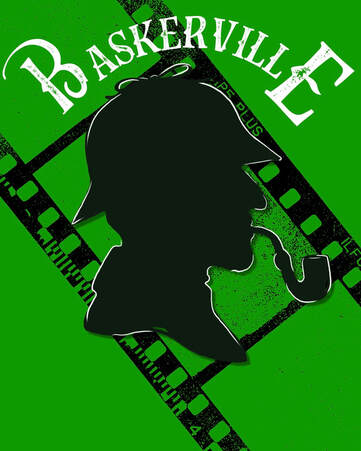 Baskerville
Dinner Stage | April 2nd - April 25th
​
​Sherlock Holmes is on the case. The male heirs of the Baskerville line are being dispatched one by one. To find their ingenious killer, Holmes and Watson must brave the desolate moors before a family curse dooms its newest heir. Watch as our intrepid investigators try to escape a dizzying web of clues, silly accents, disguises, and deceit as five actors deftly portray more than forty characters. Does a wild hellhound prowl the moors of Devonshire? Can our heroes discover the truth in time? Join the fun and see how far from elementary the truth can be. 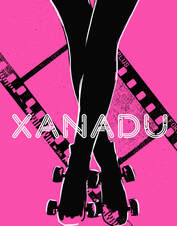 Xanadu
Main Stage | May 15th - June 6th
​
​Xanadu follows the journey of a magical and beautiful Greek muse, Kira, who descends from the heavens of Mount Olympus to Venice Beach, California in 1980 on a quest to inspire a struggling artist, Sonny, to achieve the greatest artistic creation of all time – the first ROLLER DISCO! (Hey, it's 1980!) But, when Kira falls into forbidden love with the mortal Sonny, her jealous sisters take advantage of the situation, and chaos abounds. 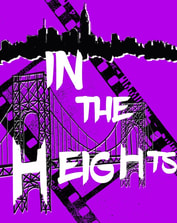 In The Heights
Main Stage | July 10th - July 25th
​
​In The Heights tells the universal story of a vibrant community in New York’s Washington Heights neighborhood – a place where the coffee from the corner bodega is light and sweet, the windows are always open and the breeze carries the rhythm of three generations of music. It’s a community on the brink of change, full of hopes, dreams, and pressures, where the biggest struggles can be deciding which traditions you take with you, and which ones you leave behind. 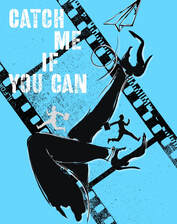 Catch Me If You Can
Main Stage | August 21st - September 12th
​
Based on the hit film and the incredible true story, Catch Me If You Can is the high-flying musical comedy about chasing your dreams and not getting caught.  Seeking fame and fortune, precocious teenager, Frank Abignale, Jr., runs away from home to begin an unforgettable adventure. With nothing more than his boyish charm, a big imagination and millions of dollars in forged checks, Frank successfully poses as a pilot, a doctor and a lawyer – living the high life and winning the girl of his dreams. When Frank's lies catch the attention of FBI agent, Carl Hanratty, though, Carl pursues Frank across the country to make him pay for his crimes. 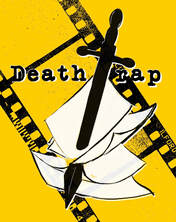 Death Trap
Dinner Stage | October 2nd - October 24th
​
Comfortably ensconced in his charming Connecticut home, Sidney Bruhl, a successful writer of Broadway thrillers is struggling to overcome a dry spell which has resulted in a string of failures and a shortage of funds. A possible break in his fortunes occurs when he receives a script from a student in the seminar he has been conducting at a nearby college—a thriller that Sidney recognizes immediately as a potential Broadway smash. Sidney’s plan, devised with his wife’s help, is to offer collaboration to the student for co-credit. Or is it? Deathtrap provides twists and turns of devilish cleverness, and offers hilariously sudden shocks in such abundance that audiences will be spellbound until the very last moment. 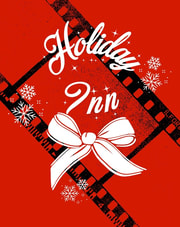 Holiday Inn
Dinner Stage | November 20th - December 19th
​
Irving Berlin's Holiday Inn tells the story of Jim, who leaves the bright lights of show business behind to settle down on his farmhouse in Connecticut… but life just isn’t the same without a bit of song and dance. Jim’s luck takes a spectacular turn when he meets Linda, a spirited schoolteacher with talent to spare. Together they turn the farmhouse into a fabulous inn with dazzling performances to celebrate each holiday, from Thanksgiving to the Fourth of July. But when Jim’s best friend Ted tries to lure Linda away to be his new dance partner in Hollywood, will Jim be able to salvage his latest chance at love?

PURCHASE SEASON TICKETS
These two events, Improv Nights, and other events throughout the year are not included in Season Ticket packages.